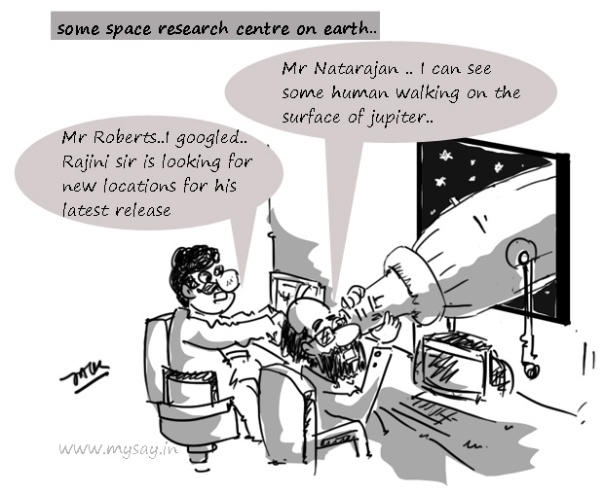 if you liked this Rajnikanth(Sir) joke ,check more cartoons here.

The Megastar of South India, Rajinikanth’s first release in two years and also his comeback project post his illness, ‘Kochadaiyaan’, will now be delayed to avoid  box-office clash with Bollywood films of SRK-Yah Kahan Agaye Hum’ and Ajay Devgn’s ‘Son of Sardar’, both due to be released coming Diwali.

Well, his South Indian and overseas market would never be effected by any Bollywood Biggies but as his movie is also catering to Bollywood audience where Shah Rukh Khan stands as a big crowd puller, probably, Rajini Sir would have postponed his movie release.

It has been 6 months since Aradhya Bachchan’s birth but the media is yet to click her face as mother Aishwarya always keeps her face covered with some cloth ! Well, Aradhya deserves that as she is a born celeb but fans and media are desperate to get a glimpse of the princess.

Search For Cartoons of:

Error: Twitter did not respond. Please wait a few minutes and refresh this page. 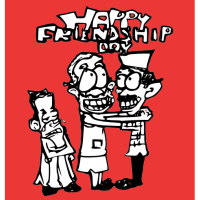